Learn How to Quickly Select a TED Talk that Will Motivate and Engage Your Learners (Even If You Teach Young Learners, Low Levels or ESP)

What are you going to learn?

After taking this module, you will be able to:

If you decide to continue on with Modules 2–5 in the full version of the course, you will be also able to:

Cover image under CC by Priscilla Du Preez on Unsplash 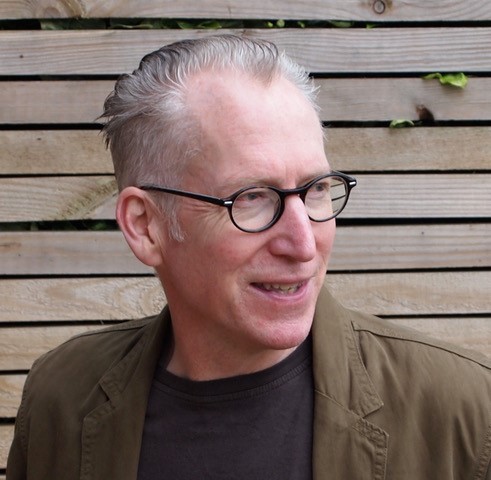 Preview Lecture 1 from Module 1 and Learn...

Module 1: How to choose a TED Talk that’s perfect for your students (Available for FREE)

Overview: We tend to think that TED Talks are hard, especially for lower-level learners. But research in educational psychology shows us that not all authentic video is created equal when it comes to classroom usability. This module will give you just enough science to help you choose videos that unlock language in a variety of topic areas and make them accessible to your students.

Module 2: How to unlock the power of TED Talk visuals in the classroom (Paid)

Overview: We often think of video as listening that happens to have pictures. But what happens when you turn off the sound? Can you still teach English with a silent video? Absolutely! Even when input has no spoken words, it’s full of language. This session gives practical tips on how to unlock the language in moving images, engage learners, and help them learn English.

Module 3: How to make the most of TED Talk audio in the classroom (Paid)

Overview: The visuals are part of what make some TED Talks brilliant teaching materials, but sometimes focusing first on what we can hear is the easiest way to activate language. And while we think of classroom listening input as being spoken words, there’s a lot of non-linguistic sound in TED Talks that can be incredibly useful to teachers and language learners. This session makes some practical suggestions on how a focus on sound can turn on your students’ learning.

Module 4: How to use L2 English in TED Talks as great speaking models for your students (Paid)

Overview: What accent do you expect your learners to have in English? What accent do they hope to speak with? British? American? Or another “native” accent? And if your learners speak English with a non-native accent, does that mean they haven’t yet completely succeeded as English learners? This session is about the reality of accents, and about how L2 English speakers can be excellent models for our learners – showing that the target accent doesn't have to be ‘native-like.’ The session includes practical suggestions on how we can help our learners speak confidently and make themselves understood in English.

Module 5: How to choose even more TED Talks for the classroom (Paid)

Overview: In modules 1–4, we've talked about how to choose TED Talks and a few things you can do to make use of them in the classroom. In this final module, we'll look at a few more important considerations for choosing and using talks, talk about more activities you can do, and add to the list of TED Talks you might like to try teaching with.

When does the course start and finish?
The course starts now and never ends! It is a completely self-paced online course - you decide when you start and when you finish.
How long do I have access to the course?
How does lifetime access sound? After enrolling, you have unlimited access to this course for as long as you like - across any and all devices you own.
What if I am unhappy with the course?
We would never want you to be unhappy! If you are unsatisfied with your purchase, contact us in the first 30 days and we will give you a full refund.
off original price!

How I got hooked on TED Talks

I became aware of TED Talks around 2010, when someone shared Derek Sivers’s talk Weird, or just different? on social media. After that, various talks were recommended by friends and colleagues – Ken Robinson’s Do schools kill creativity?, Hans Rosling’s The best stats you’ve ever seen, Vijay Kumar’s Robots that fly like birds – and many others.

Though I could see that they might have use as teaching tools, my main interest in them was my own entertainment and engagement with fascinating ideas and great speakers. So when, in 2014, I was invited to join the team at National Geographic Learning to write for the Keynote series, I knew I was in for the most enjoyable and intellectually stimulating writing job of my life. And it was.

One of my first tasks on the project was to watch dozens – if not hundreds – of TED Talks and choose which ones to include in the coursebook I was writing. Through this process, I began to develop some rules of thumb for what makes a TED Talk classroom ready: the speaker’s pace and intelligibility; the length (not too long!); the amount of visual support; the interest level of the topic. I also began to think a lot about what teachers – and students – could do in the classroom to work with TED Talks. It was the most fun I’ve ever had writing a course.

When the opportunity to write a second course came along, I jumped at the chance, feeling happy to return to the process of searching through the TED archive and discovering hundreds of new talks that I hadn’t seen before. During this time, I was also given the opportunity to speak at a lot of conferences, and TED Talks featured in varying degrees in most of the talks I gave. I also wrote a series of blog posts with practical ideas for using TED Talks.

Through talking with teachers all over the world, I began to appreciate how much teachers love TED Talks but also that they often were unsure how to use them. Then I realized that after all the talks and blogging, I had enough material to put together an online course about how to teach with TED Talks. And these modules is the result. I hope you like it!